Like many firefighters, I spend part of my day searching the internet, Facebook, and various other forums reading articles and trying to stay current with recent advancements, news, and techniques in the fire service. It seems like a big point of contention recently has been between “safety sallies” and “aggressive interior attack” camps. While this has many parts to it, nowhere is this seen more so than on the topic of transitional attack. I don’t like to see our brothers tearing other fire companies down on the internet over a short video clip without asking themselves, “Why was (or wasn’t) this tactic performed?” I would propose that there is always a time and a place for either tactic. I would also say that it should be up to the troops on the ground to go with what they think will work the best for the situation presented to them.

Transitional Attack is not a recent invention. It has been around for years just without the fancy name. Looking back at many company histories, especially before the invention of SCBA, numerous photos can be found of this tactic. Before SCBA, this method was performed more out of necessity 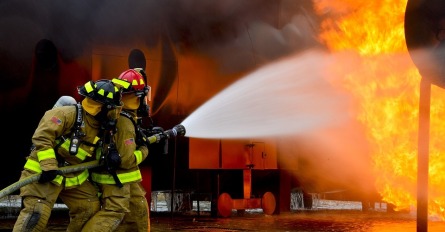 than choice. The atmosphere inside a building had to be able to support firefighters before an advancement could have been made. As technology has improved, we have been able to push farther into buildings, to a degree, even without improving the conditions directly in front of us. Whether you fall into the “Transitional Attack at every fire” group or the “never Transitional Attack” group, is there not room for compromise? Can we say some fires (and some fire companies) that there is room to go either way? Depending on your point of view, experience and local knowledge all will come together to help you decide if it is an appropriate tactic at that particular time.

One of the first things to point out is that Transitional Attack will take place at some fires, just due to common sense. If the fire is blowing out the entry way that you have to go into, it has to be extinguished before you can go any further. But what about the fires that can go either way? What about the fire on the second floor of an occupied residential building with fire venting from the second-floor windows and the status of occupants in the house is unknown?

To the safety sallies:

Understand that the crew you are watching stretch a handline in without first knocking down the visible fire might understand the building layout ahead of time and have information that is not known to you. They might have adequate staffing with a second-due engine and truck company right behind them. They might have the training and tools to attack this fire, in this manner, successfully. 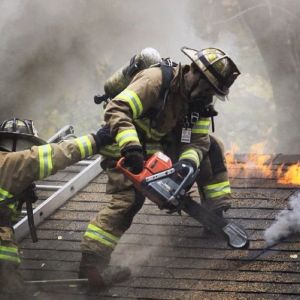 To the aggressive interior firefighters:

I would ask you to understand that not every company feels exactly like you do about the “correct” tactics to utilize at a fire. They might have local knowledge of the circumstances that make this a viable and necessary tactic at this fire. They also might not be as well-staffed or equipped as you are also.

I have also seen fires fought by the same company with similar circumstances at two separate fires, fought two different ways. It could’ve been based on something as simple as the time of the day that affected their manpower. In the middle of the day, with two people and no second-in companies in sight, they might perform a Transitional Attack while they gather resources. However, later that same night, if that same fire were to be fought, they would stretch a line to the interior of the building.

Could there be a gray area where the officers on scene could apply the best tactic, without later being berated by their brothers on social media? Maybe a place where both tactics could simultaneously exist…