As the Editor-in-Chief of Station Pride, I’ve gained an interesting perspective on the American Fire Service. From our follower’s, there have been numerous debates, discussions, arguments, inappropriate comments, judgments, learning moments, and praise. I’ll be forever grateful for the experience Station Pride followers provide and additionally grateful for the support of our movement. Processing, and sometimes engaging in, discussions has been a far-reaching educational experience for all of us here. We all come from some place different and we’ve each learned a special nugget of information unique to our firefighting environment.

As a fire service, we collectively live the same values; the preservation of life, property, and the environment. From that basic statement evolves an entire mission taken on by men and women who believe that cause to be a righteous one. The execution of that mission happens in every which-way possible. Effectively meaning that 27,198 fire departments in the United States, are all executing the same mission just a little bit differently than each other. 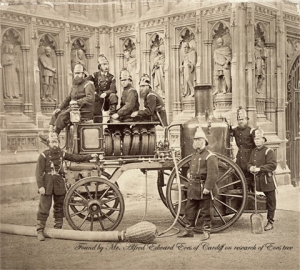 What’s less obvious is the nuances. The small things that make us all different even if we are the same.

Have you ever experienced that moment, while visiting a different fire department, that causes you to cock your head to one side? You think to yourself, why are they doing things this way? It’s awfully archaic, or progressive, or bizarre, you might even think what you’re seeing is stupid. That hose load looks weird, I’ve never seen a tool like this before, why is there a homemade such and such. When you find yourself in those moments of noticing a strange difference between what you know and what you’re seeing, you’re actually witnessing the process of individual fire service evolution.

Every fire department starts off somewhere small. They’re born from one station, perhaps growing to two and even many as time passes and the population grows. Like children, each department grows up becoming who it was meant to be. All the guidance, helping hands, tough lessons, discipline, and difficult choices along the way, help to shape and mold what that department has become today. Every fire department is the hero of its own story.

As part of this evolution we end up with different rank structures, some fire departments have sergeants, crew chiefs, lieutenants, engineers, chauffeurs, and driver operators. We call vehicles Engines, Pumpers, Wagons, Ladder’s, Trucks, Rescues, Ambulances, cars, command vehicles, buggy’s. Rhode island calls Ambulances “Rescues” and they call a Rescue Truck a “Heavy Rescue.” On the Westcoast it’s flys in and on the Eastcoast, it’s flys out. Once again, every decision, whether thoughtfully made or culturally driven, is a small piece of each department’s evolution.

Fire service evolution has spawned new tools like the Boston rake, the San Francisco hook, the New York Roof hook, the Cleveland load, the Denver hose pack, triple load, and much more. Each tool, hose load, process, strategy, tactic, and norm was solidified by decisions and solutions found and executed for individual challenges by individual departments. Some departments are aggressive with tactics, others are more reserved and cautious which is a direct cause of fire department cultural evolution. 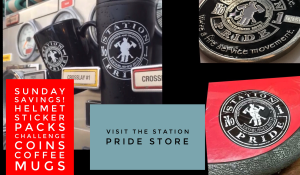 As a fire service, we have a few guiding lights of standardization. We have standard training materials provided by IFSTA, and an industry standard provided by the tireless efforts of the NFPA. Handfuls of national efforts to further standardize response efforts include First Net, Presidential Directive #5, NIMS, and FEMA’s EMI. But none of these have had much effect on individual fire service evolution. The way we do things is all different, yet the same.

Fire service evolution can’t exist without fire service leaders steering the ship. With every cultural norm, equipment purchase, solution based decision, strategic plan there is a firefighter, fire officer, or fire chief right there directing the evolution of the department. Evolution can be reactionary or intentional.
What is your department evolving into?  Is it a premeditated evolution or a reactionary evolution. One of them you are in control of, the other one controls you.Are you even paying attention to it?  Do you have a 5-year, 10-year, or even 20-year plan? With that plan, do you have a path laid out for achievement? Envisioning a long term plan is sometimes overwhelming. It’s imperative that you piece it out into manageable chunks. 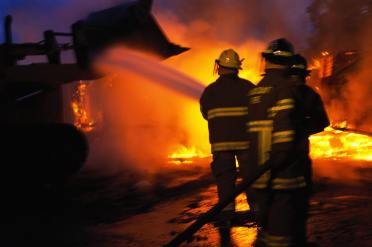 A great example of controlling a fire department’s evolution is Boston, Kansas City, and St. Paul Fire taking the reigns on cancer prevention. Cancer prevention measures have wide-reaching affects on the quality of life for their firefighters. Not today, but tomorrow and for the rest of their lives. Is it perfect? No, but it’s an effort to swing the pendulum and control the evolutionary and cultural process.  By developing processes and operational procedures, leaders are steering the evolution of their fire departments.

All specifics aside, it’s important we refrain from judgment when we see fire departments doing things we don’t quite understand from our own experience. Each department has evolved to solve the same problems in a way which works for them. It may not be what you’re familiar with but if it works for them, than what’s the big deal right?  That old adage, “there are more ways than one to skin a cat” comes to mind. (Even though I’m not certain why anyone would, apparently our ancestors had an aversion for cats.)

Jon Marr is a 23-year fire service veteran originally from the Rhode Island area. He currently works as the Deputy Director of Emergency Management in the Wichita Metro Area. He was previously a Station/Battalion Chief at a United States Air Force Base in Southern Spain and a Battalion Chief with the U.S. Army Garrison Kwajalein Atoll in support of the Space and Missile Defense Command. Prior to Kwajalein, Jon spent 8 years as a Fire Captain for the Area Support Group Kuwait Fire & Emergency Services Department supporting the U.S. Army Central Command throughout Kuwait. He was also a Fire Lieutenant at Forward Operating Base Falcon in Southern Baghdad, as well as 3 years working for AMR Seattle. Jon is a certified Fire Officer IV, Fire Instructor III, Fire Inspector II, Incident Safety Officer, Haz-Mat Tech/IC, holds a Bachelors degree in Fire Administration from Waldorf College and has been an EMT for 22 years. He is currently a Graduate Student. Jon enjoys scuba diving, adventure travel, and watching his 12-year-old son see the world in wonder. Jon is a firm believer in maintaining a healthy balance of pride, tradition, and safety within the fire service.