Jon Marr is a 19-year fire service veteran originally from the Rhode Island area. Jon has worked as a Station Captain and Battalion Chief with the U.S. Army Garrison Kwajalein Atoll Fire and Emergency Services Department in support of the U.S. Space and Missile Defense Command. Prior to Kwajalein, Jon spent 8 years as a Fire Captain for the Area Support Group Kuwait Fire & Emergency Services Department supporting the U.S. Army Central Command throughout Kuwait. He was also a Fire Lieutenant at Forward Operating Base Falcon in Southern Baghdad, as well as 3 years working for AMR Seattle. Jon is a certified Fire Officer IV, Fire Instructor III, Fire Inspector II, Haz-Mat Tech/Incident Commander, Incident Safety Officer, Airport FF, Marine FF, holds a Bachelors Degree in Fire Administration from Waldorf College and has been an EMT for 17 years. He is currently a Graduate Student. Jon enjoys scuba diving, adventure travel, and watching his 8-year-old son see the world in wonder. Jon is a firm believer in maintaining a healthy balance of pride, tradition, and safety within the fire service.

Ron Givens is a 5th generation firefighter with 12 years on the job. Ron started as a Jr. Firefighter in Union Beach, NJ in 2002, before relocating and getting hired with the South Trail Fire District in Ft. Myers, Fl in 2008. Ron is also a part-time Captain with the Upper Captiva Fire Department on North Captiva Island, Fl. Ron is a Paramedic, Instructor 2, Live Fire Instructor, and holds an A.S. Degree in Fire Science from Edison State College. Ron is a proud member of the Florida Gulf Coast F.O.O.L.S and IAFF Local 1826. Ron co-founded the fire training page entitled “Shut Up And Train” (SUAT), and looks forward to sharing his knowledge and experience with others on Station-Pride. EBGH – RFB – FTM – DTRT

Ashley is a National Certified Counselor. She holds a Bachelor of Science in Social Work, a Masters of Science in Marital and Family Therapy, and a Masters of Science in Nonprofit Management and Philanthropy. Ashley has respectable experience working with trauma therapy, recovery, rehabilitation, co-occurring disorders, crisis support, crisis intervention and crisis response. Ashley comes from a Firefighter family in Iowa and possesses intimate exposure to the world of firefighting. She currently lives in Connecticut where she works for a non-profit agency assisting families and as a Mental Health Clinician. Ashley has a passion for restoring antique furniture and curling up on the couch with her dog Bailey.

James Cook's great grandfather was a career Firefighter, his grandfather was a firefighter, making his way to fire chief in his home town and taught at Texas A&M fire school for 50 + years. James’s grandfather on his dad’s side was a naval firefighter in the Navy Seabees, James’s dad has been a paramedic since 1979, and his mother’s a nurse also. James himself is a career Firefighter/EMT-I in northwest Texas, and has been in the fire service since Aug/2005. James loves teaching as much as learning the craft.

Brad brings over 20 years of fire service experience to the table with a career that started in 1991 as a volunteer firefighter/EMT. Brad has held many positions throughout the years from street level firefighter to Fire Chief. Brad has worked as a volunteer, part-time and full-time firefighter and has worked in various departments from EMS only to combination and full-time. Brad currently works as a firefighter/paramedic for both the City of Trotwood Ohio and Harrison Township Ohio Fire Departments. Brad is also a paramedic for the Union Township Ohio Life Squad.

Sean Toomey is a second generation fireman proudly serving the Denver Fire Department in Colorado. He is assigned as a mucker on the city’s 3rd busiest pumper company, responding to roughly 5,000 calls per year.

Since joining the fire service Sean's utilized his academic background in Fire and Emergency Service Administration and English Education to bridge a commitment between the craft he loves and the educational arenas that will serve to preserve and promote the traditions and values upon which the fire service was built. In addition to his work as a fireman, Sean instructs for the Community College of Aurora, Colorado FireWomen, and the Annual Colorado Firefighters Conference.

For Sean, the path to the fire service was paved by the commitment, effort, and support of those who served before him, and he can think of no better way to honor the men who delivered him to the fire department, than to do the same for others with the same call to service.

It is not only Sean's pleasure, but his responsibility as a member of the greatest brotherhood in the world, to offer his unwavering support to anyone who is willing to sacrifice themselves in the name of the greater good of their fellow man. The best way he can do this now is through publication and education.

Mike started out his fire career by accident. After a short career playing soccer professionally he suffered an injury that kept him out of the game. After some time away, Pertz enrolled in an EMT class on a whim from a recommendation by a friend and soon realized the fire service was in his future. He is now a career firefighter/paramedic for a department in Northeast Ohio. Shortly after beginning his career in the fire service Pertz founded FirefighterNow.com, to give firefighter candidates the best resources possible to help them work their way through the often confusing hiring process.

John Heeg earned his undergraduate degree in Sociology/Anthropology with a minor in Secondary Education in 2000 from Dowling College, Oakdale, NY and holds permanent certification in Social Studies from grades 7-12. He then went on to receive his Masters Degree in 2006 from Touro College in Special Education and a Post-Graduate certificate in School Administration from Stony Brook University in 2009. Following his deployment to Iraq as a Hospital Corpsman he pursued a certificate in Fire Protection at Suffolk Community College and finished in 2013. John has been in the fire service since 1994 serving as a Firefighter, Emergency Medical Technician, and as a Rescue Technician for the Suffolk County Urban Search and Rescue Team.

Lance entered the Fire Service in 2001. At that time he was working at a large uniform delivery service company and decided to enroll in the local fire academy. During that year he became a member of a rural volunteer fire department. Following graduation from the fire academy Lance began his first career assignment working as a firefighter at a DOE facility. He worked there until 2005. In April 2005 Lance lost one of his friends in a LODD from falling out of a moving apparatus while responding to a structure fire. Following that event, Lance left the DOE facility, and began working for the municipal fire department which his friend had been employed. He is currently a Lieutenant, with close to 10 years experience in his current city. Lance’s views on safety, tactics, culture and education continue to evolve, and he hopes to be able to make a positive impact on today’s fire service.

Jay Hurley is a 17 year veteran of the fire service, working as Fire Chief of a suburban department in Georgia. As a student of the fire service, Jay has undergone training in multiple areas, as well as being a graduate of Firefighters Laboring and Mastering Essential Skills, or F.L.A.M.E.S., and the Georgia Smoke Diver Program. Hurley serves as a member of multiple fire service organizations including the Georgia Association of Fire Chiefs, and acts as a Task Force Leader for Georgia Search and Rescue Task Force 6 in NW Georgia. He has been an instructor at the Metro Atlanta Firefighters Conference, and a HOT Instructor at FDIC since 2017. Jay is currently working on a degree in Fire Service Administration, and is Co-founder of “Do Your Part Training”.

Kenneth Burson is a 20+ year veteran of the fire service and currently serves as a Senior Fire Instructor at Ras Laffan Emergency & Safety College in Doha, Qatar. He has served with multiple agencies including volunteer, career, and military contract fire departments, and also with CO-TF1 as a K9 handler. His IFSAC & Pro-Board certifications include Fire Officer IV, Fire Instructor II, ARFF Firefighter, HazMat Tech & I.C., NR-EMT-B, and Confined Space Rescue Tech. Teaching RIT/FF Survival, and HazMat are his passion. Nothing rivals his dedication and commitment to the fire service except for his family. He enjoys every Joe Bonamassa song ever made, and traveling the world with his family looking for the next great adventure. 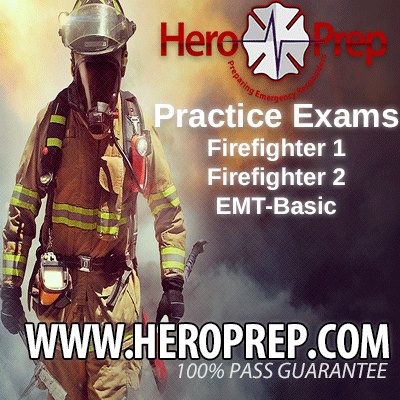