Take a moment to look back at the shows that were about firefighters and EMTs, such as Emergency, 3rd Watch, Rescue Me, and now Chicago Fire. All of these shows were centered on the world of the fire service and, with that being said, have done great damage to the service over the years. Emergency, arguably the least detrimental, has trained the public that when we are not on calls, firefighters are often just clowning around the firehouse. Third Watch and Rescue Me perpetuated the idea that all firefighters are alcoholics, gamblers, drug addicts, and sex starved men with very troubled personal lives. These heroic characters

will take on two months worth of exciting emergencies and pack them into a single hour. Chicago Fire is yet another continuation of the same premise. The first season opened with the main character (firefighter) addicted to drugs. He talks a paramedic into stealing drugs off the ambulance to give him his fix. Backdraft has a firefighter starting fires to discourage the closing of firehouses. Drama Drama Drama!

It all seems so Hollywood far-fetched, yet the problem is that the public has a long memory for the negative. They are never exposed to the real life world of fire, which is far less glamorous. Hollywood decides to run with highly unbelievable drama, and their perception becomes a reality for the general public. This would be less concerning, if not for the fact that these stereotypes are fouls and actually lead to cities and towns making bad decisions. A perfect example of this is in an article I recently read in the Washington Post. It discussed how 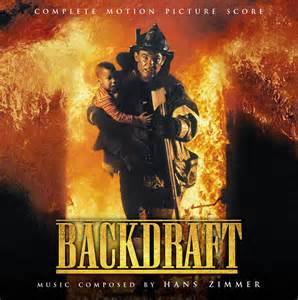 fire incidents are down across the country and how firefighters don’t have much to do anymore. We sit around and take naps, maybe watch TV, and wait for the next fire. To professional firefighters, the mere thought of this is laughable. Fire based EMS has exploded in call volume and has taken a solid hold across the nation. There seems to be a disconnect between the general public realizing that the ambulance they see rolling down the road is actually the fire departments’ as well. The media likes fires because they are more exciting. Yes, helping Grandma when she’s having severe abdominal pain is not as shiny as a 5-alarm building fire, but it’s our job, and we do it very well. We can bring the emergency room to you, and the amount of people saved by this service is exponentially higher than a rescue from a burning building. The media doesn’t find a heart attack or stroke to be a rating catcher unless we do it in a hospital setting with a Dr. McDreamy and some sex-starved nurses. Sadly, it’s not only the fire service that’s being misrepresented here.

Long ago, most fire departments cross-trained their firefighters also to handle EMS emergencies. Two for the price of one! When these TV shows do bother to include EMS, it’s in the form of a grizzly car wreck, rescuing children from twisted, burning cars.

Rescue is a part of our job, technical rescues like vehicle extrication, water, ice, high angle, and confined space are all part of the rescue phase. Firefighter, EMT, and Rescue Technician! Now we have 3 jobs for the price of one! All of these disciplines require recertification and constant training. Often, these disciplines will change, and newer tactics or equipment will be entered into the equation, which also requires new training. Nevermind the equipment checks, vehicle maintenance, and even housework that must be completed daily. Yes, firemen scrub toilets! Not very TV friendly, but its reality.

Firefighters are often portrayed as cavalier lovers that have badge bunnies chasing us around and dying to sleep with us. Hot, stoic men, unshaven and burly, waiting to save the day. The fact is, that too is Hollywood silliness. We are just people. We want to have families and go to our kid’s soccer games just like you. Sadly, the fire service has one of the highest divorce rates of any profession. Crazy hours and loss of family time doesn’t make for marital bliss. The fire service is a calling, not a choice. It grinds people and relationships up, and only the strongest survive. It takes a very special person to be married to someone in the fire service and not enough is ever said about these partners. The media pays very little attention to these fantastic pillars of home strength because it’s not scandalous.

Television wouldn’t want to show us doing our day to day work because it’s just work. Helping people is our job, but it’s not always exciting. None of the shows talks about the fact that a professional firefighter has a 50% higher rate of cancer than the general public.

How’s that for drama! Flip a coin and if it’s heads, you have cancer. Are you now dying to sign up for that job? A job that gives you a much higher chance of stroke or heart attack. A job where there is a good chance your marriage will fail and that your kids won’t get the attention they often need. No, the realities of the fire service are not nearly as fun as the Hollywood portrayals.

Media also never differentiates between volunteer firefighters and professionals. Volunteerism has its’ benefits in small towns with low call volume. I’m not saying that volunteers do not do a good job or that they are bad in some way, however, it’s difficult not to see the differences. The amount of training a professional must accomplish just to stay current is staggering. Media outlets do not do a good job of delineating between a paid and volunteer firefighter when they run news stories. John Doe was caught stealing drugs out of the back of the ambulance, and the headline read that he was a firefighter. In reality, John Doe was a full-time employee for the factory down the

street and he occasionally volunteered for his hometown. Now, the general public has an immediate distaste with this poor portrayal of the truth. John Doe disgraced the fire service. Now take Jane Doe, who has an affinity for starting fires that allow her to go on fire calls. The news headline reads “Firefighter starts Fires.” The reality, Jane works at the mobile station full-time and volunteers for her local fire department. Perhaps she felt it was not busy enough, and she wanted to make it more exciting. Public perception sticks with the myth that firefighters start fires. That is a sad perception that is still around today. When did your extracurricular activities become your identity? Headline “Gymnast steals Candy Bar”, “Harley Enthusiast has a drug issue”, “Local Birdwatcher embezzles money!” These are perfect examples of how the media takes a hobby and makes them your identity.

Overall, the fire service and the media need to work better at perpetuating the truth instead of fueling the myths. Every profession has a rare example of a bad egg, but this should not tarnish such a valuable and honorable profession. Let’s all start to do our part with educating the public on these differences. We need to learn to be our biggest advocates because the media is not necessarily our friends.

14 Comments on The Media Damage to the Fire Service