What does Brotherhood mean to you? Is it a phrase, slogan, t-shirt heading that you cling to as a firefighter? Are you willing to hurt others feelings to say what you need to say or do what they won’t ask help for?

competition in who was better, me or my 22-month older brother. I wanted to be just like him, as many with older siblings do. It wasn’t until the summer of 1998 that I truly put that to the test. He had been going up to our local volunteer fire station as a Cadet, to learn what it would become to be a firefighter. At 15 years old, I saw the passion in him. I saw him strive to learn all that he could, and the beginning of what I learned to be as the brotherhood. A few weeks later, I joined also. I knew after a few weeks that this was our calling. I felt that helping others in their worst day would be one of the greatest things I could do with my life. I also learned what it takes to be “IN” the brotherhood. Sure, we all got the t-shirts, the gear, the mundane calls; but when the tones dropped, we knew all of our anger, animosity, and hostility was put aside for the greater good of our service.

Now, many years later, I still feel that no matter where in the country I go, there is that same emotional draw. I have been to small, rural fire stations – the brotherhood was there. I have been to large, metropolitan departments – and there too was the brotherhood. People I had never met, and most likely will never see again, would offer me a handshake of kindred spirit and the look of knowing – I have been there too. That is the easy side of the Brotherhood. 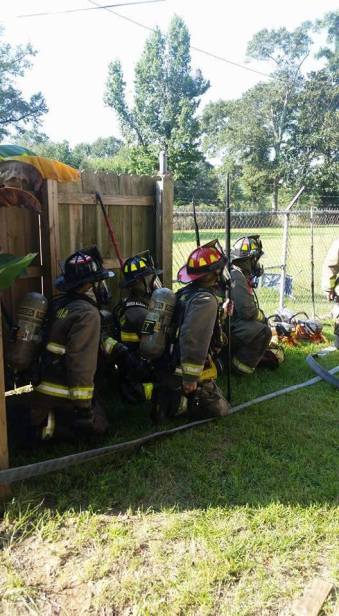 Then there is the other side. The side of, “I don’t want to get into his business.” Or, “He knows I am here for him if he just asks.” Or, “I don’t want to say anything to correct his actions and risk him being mad at me.” At what point to we stand up for what we believe to be right, put aside the feelings of possible rejection and scorn, and tell our BROTHER what he needs to hear?!?

At the sake of friendship, are you willing to let your fellow firefighter face his demons by himself? Something as simple as taking him out for a meal, hitting the batting cages, or meeting him at the gym can swing their emotion back to one that others truly care about THEM! Stepping up and owning the phrase “I am my brother’s keeper” means that you will not make everyone your best friend all the time. Telling a fellow firefighter at an emergency scene to go on air, wear their seatbelt, or maintain situational awareness on the side of the highway is not you being a Safety Overlord; it is what is right. Will they always appreciate it? NO! But will you be able to live your life knowing that that FREE air on his back could have saved him and his family from the cancer? What about the 2 seconds it took for him to put on the seatbelt that could have made the fire truck accident survivable? Or the vehicle coming too close and escaping its path at the wreck? How many times do we have our conscious tell us to do it, yet we are too afraid to tell our BROTHER the same thing for the same risk that you are trying to avoid?

So much on fire related social media today is focused on opinion; roof operations (when to use it), SLICERS/DICERS/VES/VEIS/too many abbreviations already, NIST Studies, etc…but what is STILL killing firefighters on the top averages? Heart-related illness (mostly preventable) and going to and returning from calls (almost entirely preventable). We want to claim the Brotherhood, but at what cost? It is a shame that as a profession that saves lives, we have such an attitude of invincibility. “It will never happen to me” was one of the last thoughts going through many of our deceased brother’s minds on the way to their final call. We cannot tell them after it is too late.

So I ask you this, brothers….when are you going to say what needs to be said, lead by example, and be the best embodiment of what BROTHERHOOD truly means? We have all heard the Bible verse from John 15:13, “Greater love hath no man than this, that a man lay down his life for his friends.” If that is the highest calling for a friend, what more can be asked for a brother?