“Medic-XX, Engine-XX, this is your call. 123 Main Street, possible overdose. Pt is located on the front porch of residence, not breathing. PD is on scene, CPR in progress @0245”

The doors go up, you go out.

You show up to find exactly what you have come to expect; a mid-twenties male with his pants around his ankles, blue, not breathing. Ice cubes are scattered about the front porch of what was probably once a very nice home.

*Side note: I suppose I should explain the ice cubes. I don’t know if it’s a national thing or not, but locally, we have an old wive’s tale circulating that has become synonymous with fact, in certain circles. People around here believe that if you shove ice cubes up an overdose victim’s rectum, it will magically revive them. It is extremely disgusting, as some of these people let loose of their stash of cubes like a dirty ice-maker at the local motel when you stand them up… I don’t believe I have any friends close enough for me to consider performing this, what I assume to be BLS, skill on them. In the absence of available ice cubes, we have seen all manner of cold objects used instead.

You establish your lines, push your Narcan… wait for it… He’s alive! “Why does my butt hurt? I’m freezing!” To the local ER you go, report entered, and then back to bed. An easy layup of a call.

But what if this isn’t how it went? 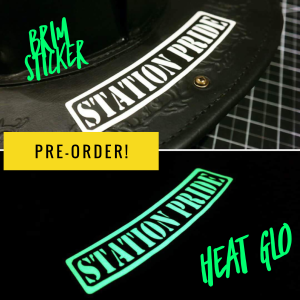 For those of you unfamiliar, a surprisingly large portion of the population (and even a few elected officials) seems to be of the belief that a sort of  “three strikes” policy concerning overdose responses needs to be implemented. Yes, you read that correctly. Three strikes and you’re out harder than Jay Bruce in the midst of a cold streak. If you overdose a fourth time under this proposed plan, there will be no help extended from the local Fire or EMS agency. If you call 9-1-1, no one will help.

No one will help. That’s what really burns me here. I have come to expect this type of response when discussing heroin in our communities with a certain sect of Ohioans. You know the type; just show up with a news van and start asking questions about tornados. They’ll show up to give their best description, without fail (Trains, always trains. A fireman once asked “what if freight trains just sound like tornados?”).

You call for help, the doors go up, we got out. This is the natural order of things. We don’t discriminate and we don’t judge, we just help. Deciding to withhold care on suspected overdoses is not just dangerous, it’s stupid. What percentage of the time would you say dispatch (or the caller) was correct in their assessment of the situation? 50%, 40%? How many times have you been dispatched to heart attacks that weren’t? The same goes for overdoses. Wouldn’t that be cool, to be canceled on an overdose only to later discover it was, in fact, a stroke? It would be like ambulance chaser Christmas and Thanksgiving, all rolled into one.

How did we get here?

Our taxes support far, far greater addiction treatments, but none of that seems to matter. They have selected a whipping boy to take the heat for whatever it is that actually ails them. For those that make their lair in Southern Ohio, the cross-hairs are squarely fixed upon heroin addicts. In my personal opinion, “heroin addicts” may well be codeword for “poor people.”

Don’t misunderstand me, opiate abuse does place a strain on our resources. They aren’t alone in this crime, is my point.

“The Mob” has become increasingly unreasonable when faced with the moral dilemmas concerning overdose care. They don’t precisely understand what it is they’re mad about, but they’re mad as hell about it. More disgustingly, some providers are even starting to sway. The way I see it, it’s just another medical call. Watch:

Patient “A”
Patient “A” is a lifelong user, aged 54. His addiction has lead to a plethora of medical problems, treatments for most are covered by none other than John Q. Taxpayer. He has had his life saved four times by EMS, requiring medications, IVs, an airway and even once, chest compressions. He receives the same speech about the dangers of his addiction, and how lucky he was this time, every time he calls 911. He knew his addiction could cause this, he understood the risks. He did it anyway.

Patient “B”
Patient “B” is 22 years old. She is a recent addict, but the habit has hit her hard in a number of unfortunate ways. Her substance abuse led to a medical emergency, an ambulance was sent to her location. While EMS was assisting Patient “B,” a child was injured on the other side of town, requiring a backup medic to be dispatched. The child’s medical care was delayed an additional ten painful minutes because the primary medic was busy caring for an addict. She knew her addiction could cause this, she understood the risks. She did it anyway. 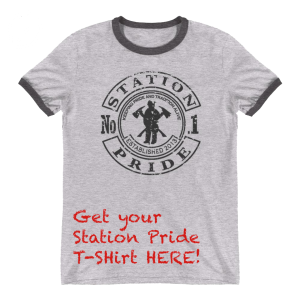 Patient “C”
Patient “C” is a 68-year-old man, and an addict. He has been using since he was a young man and now requires frequent medical interventions and transports, all of which are very costly to the taxpayers. Police and EMS are called to his house almost every night, occupying valuable resources. Neighbors are starting to complain. He knew his addiction could cause this, he understood the risks. He did it anyway.

Care to guess which one was the heroin user? The answer is: none of them. Or all of them. Patient “A” is addicted to food. Patient “B” is an alcoholic. Patient “C” is a smoker. Or maybe they’re all alcoholics, or all addicted to food. Perhaps they’re all pre-workout powder users. Who knows, because it’s all the same. My point is this; it doesn’t matter. Heroin may be the drug du jour, but we need to recognize that at the end of the day the patient is still just a person suffering the consequences of their actions just like most of the people that request our assistance. Patients A, B and C all chose their respective paths, without the proverbial gun to their heads.

Did you like how I turned the tables on some tired arguments? I did. “Knew the risks…” and “didn’t have a gun to his head…” Burger King doesn’t have to threaten me with their meaty, flame-broiled, deliciousness. I’ll find my way all on my own, knowing in the back of my mind that a salad would be an infinitely wiser meal.

“But, heroin is illegal. Cheeseburgers aren’t…”

Built a flimsy bike ramp with your buddies (building code?)?

Don’t like to wash your hands (legal, but just plain gross)?

All choices, all can and will continue to lead to the use of public resources, all will get a ride just the same.

We live in the age of instant news and the all-knowing, all-powerful social media. Knee-jerk reactions have replaced careful contemplation, and anonymous keyboard warriors are the new pundits.

When these ironmen of the interwebs start weaseling their filth into the mainstream, that’s when we know we have a problem. Not a heroin problem, that’s a given, but a people problem. If nothing else, councilman Picard has served as our warning beacon that such a time has arrived. We find ourselves in some alternate universe in which a sitting government official can suggest we just let people die and a-not-inconsiderable-portion of the population (enthusiastically, I might add) says “yeah!”

The way I see it, letting any patient die is in direct conflict with our purpose as public servants. You can’t be on both sides of the fence without being a hypocrite. We are to be of one mind and one goal, regardless of outside circumstance. Think of Tommy Lee Jones in ‘The Fugitive’; pursuing his quarry without a care in the world as to why he was doing it, other than that’s the job.

To sum up this entire long-winded rant in five simple words that should transcend all arguments amongst public servants; helping people is the job.

If you don’t like the job, I hear McDonald’s is always hiring. And hey, you might even make more money slingin’ burgers under the golden arches, assuming this $15/hr thing happens. I’ll bet you won’t have to administer a single dose of Narcan ever again.