You’re on scene of a large, type 3 structure, moderately involved in fire. You have no water supply established, and only 5 volunteers have arrived at the call. Clearly, you need back-up. The incident commander makes a call for mutual aid, but the call doesn’t go out to the closest fire department. Instead, the mutual aid is requested from a fire department much farther away with a much longer response time.

This selective mutual aid scenario plays out way more often than it should all across the fire service. Somehow, the practice is justified internally within the concerned department requesting the mutual aid, but is it really justifiable? The hard answer is NO, of course. Fr 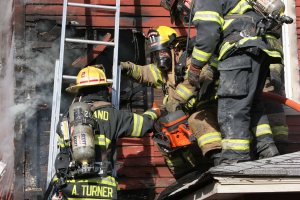 om the outside looking in, this practice is incredibly dangerous. From the inside looking out, things probably appear more complex.

Let’s take a look at why this happens, where the ethics reside, and what we can do to minimize the TRUE victims of Turf Wars, the residents, and taxpayers of your community.

To dig into the meat of this situation, we have to look at the moments that lead incident commanders to make such a, seemingly, irresponsible decision. Typically, there is some type of tension that has festered between two departments. Even more likely, it’s mutual tension that has been inadequately addressed and communicated between parties.  It’s likely that the majority of the moments that cause turf wars are situational misunderstandings or a member f 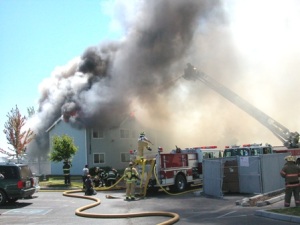 rom either department acted inappropriately at one point causing a rift.

One specific scenario I’m familiar with involved one fire department with an explorer (junior) program and another neighboring department without an explorer program. The Fire Chief of the department without juniors believed that children didn’t belong on their fire scenes. Instead of having a conversation Fire Chief to Fire Chief a cold shoulder was bred and a Turf War was born. Mutual aid was never requested for years even though they shared a tight border in a business district. After several years, the two Chief’s finally had a conversation over a simple cup of coffee and a muffin. The two chiefs were able to iron out the situation by finding a compromise. No explorers allowed on mutual aid runs to this one district. The departments have been good with each other ever since.

A very simple fix to a long-running Turf War and all it took was a cup of coffee, a muffin, and conversation.

It’s important to recognize that working together and supporting each other will always be more beneficial than cold-shouldering your neighbors. In MOST circumstances simple com 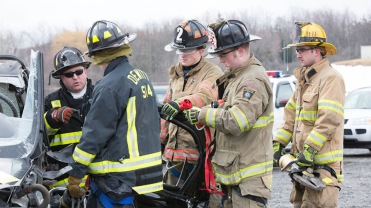 munication will resolve the majority of misunderstandings. But you have to arrange the opportunities for communication to occur. If you’re a Chief Officer or Captain of a volunteer fire department and you aren’t friends or at least on friendly terms with your neighboring fire department and their members, you’re doing something wrong, and a change of behavior is needed.

Set up a monthly or quarterly coffee chats, or meet-ups over breakfast with neighboring Chiefs and officers. Strangers are more likely to ignore each other than friends. On scene, people are more apt to understand each other when they believe that friendships are at stake.

Take every opportunity you can to get-to-know your neighbors. Most departments are reaching out farther and more often for simple house fires they should be able to handle themselves. Making friends will always be more beneficial than making enemies. Bottom-line, Talk it out. Find some common ground. Chances are, you’ll end up finding you had more in common than you originally thought. In a perfect world, you should be training together, at least, quarterly.

Jon Marr is a 23-year fire service veteran originally from the Rhode Island area. He currently works as the Deputy Director of Emergency Management in the Wichita Metro Area. He was previously a Station/Battalion Chief at a United States Air Force Base in Southern Spain and a Battalion Chief with the U.S. Army Garrison Kwajalein Atoll in support of the Space and Missile Defense Command. Prior to Kwajalein, Jon spent 8 years as a Fire Captain for the Area Support Group Kuwait Fire & Emergency Services Department supporting the U.S. Army Central Command throughout Kuwait. He was also a Fire Lieutenant at Forward Operating Base Falcon in Southern Baghdad, as well as 3 years working for AMR Seattle. Jon is a certified Fire Officer IV, Fire Instructor III, Fire Inspector II, Incident Safety Officer, Haz-Mat Tech/IC, holds a Bachelors degree in Fire Administration from Waldorf College and has been an EMT for 22 years. He is currently a Graduate Student. Jon enjoys scuba diving, adventure travel, and watching his 12-year-old son see the world in wonder. Jon is a firm believer in maintaining a healthy balance of pride, tradition, and safety within the fire service.