Post Traumatic Stress Disorder (PTSD) in Firefighters is becoming a hot topic in the fire service. It’s not a difficult idea to wrap your head around, we all know it’s a constant struggle for some of our brothers and sisters. Managing the raw mortality of the general public is not for the faint of heart. Our experiences with risk, death, trauma, and merely bearing witness to the personal t

ragedies of others is just another Wednesday at the office. The first responder (Police, Fire, EMS) job experience cannot be matched in procedure, process, or practice in any other profession.
Firefighting began with neighbors helping neighbors, entire communities banding together for collective survival in bucket brigades and it has morphed into a massive complex industrial entity, quilted together in inconsistencies. The idea of neighbors helping neighbors remains the same, but the process has changed dramatically. Instead of entire communities standing up to shoulder the load, a select few are standing up, swearing-in, and accepting the life of experiencing all the tragedies and miracles for the sake of others. “So others may live.”

For the last ten years, there has been extensive research into military combat-related PTSD; it’s the majority of research that currently exists with PTSD. What doesn’t exist is extensive research into the propensity and prevalence of PTSD in Firefighters. In every instance of trying to understand firefighter PTSD the only example that can be referenced is combat and war, however, the comparison is not apples to apples. Firefighter PTSD can not and should not be compared to what soldiers experience in combat. 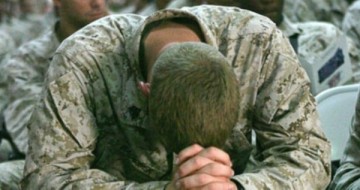 Combat-related PTSD occurs because of what soldiers experience and the tasks that he/she performs while they are deployed. The symptoms of combat-related PTSD generally surface when the soldier attempts to reintegrate into society. In short, a soldier leaves the safety of home, inserts into a combat zone; experiences and/or does awful things for a defined term of time (deployment); the soldier returns home and tries to carry on as if nothing happened. No other profession can compare or match the reality of taking another person’s life in combat while accepting the feeling of being hunted or targeted for death.

In a differing experience, Firefighters are nearly always and fairly consistently on the verge of experiencing, if not in the middle of mitigating, a traumatic event (whether there own or witnessing others). Firefighters live in society, and there is no reintegration unless you attempt to measure it after every shift. The exposure to traumatic incidents is spread across years and even decades, over one’s career.

For the first responder, the consistent exposure to traumatic events becomes a way of life. It’s that reality that begs the question; are firefighters ever “post” trauma?

Sure, there is a moment when the traumatic

incident ends,  followed by an inconsistent amount of unmeasurable time until there is another traumatic experience which will have its own “post” block of time. The repeated exposure to traumatic events creates layers of exposure like an onion, one layer on top of another. You may remember one specific traumatic incident for the rest of or life; it may be an awful memory, but it doesn’t always give you PTSD symptoms. It’s not fully known WHY some people get PTSD and others don’t. Again, PTSD isn’t about what’s wrong with you; it’s about what happened to you and how you’re able to process it. Clearly, we’re all different.

To complicate matters, after a while, all the traumatic experiences start to become relative to one another. The worst call you’ve ever experienced will always stick out until it is matched or topped by another call, leaving lesser, moderately traumatic situations to feel not so bad, because you’ve had worse. If you took the average resident of your community and had them bear witness to a traumatic car accident, that event is likely to be more traumatizing to them, because you’ve been exposed to worse or similar incidents. 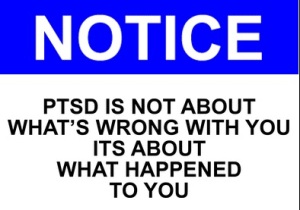 As you can probably conclude, it’s not entirely simple to break down the prevalence of PTSD in Firefighters. There are several types of firefighters. Career, volunteer, wildland, airport, industrial, federal, shipboard, and more. Each segment of our profession has vastly differing experiences related to trauma. The airport firefighter could work his entire career without experiencing a traumatic event, while the career firefighter in a metropolitan environment could experience multiple traumatic experiences per week for an entire career.

respond to a traumatic event and then return home to their family brings it’s own dynamic that has the potential for marriage and family implications.

If you’ve made it this far, you might be feeling that you’re completely fine, as if nothing could possibly affect you, and you could be right. However, desensitization is the key theme here. Desensitization is the diminished emotional responsiveness to a negative or aversive stimulus after repeated exposure. This has long-term implications which could affect your social relationships outside of the fire department, including your family.

More research is needed in this area so we can begin to understand the bigger picture. With more research, we’re able to create better solutions for firefighters, their families, and the industry. Please take this short survey to help Station Pride gather the data needed to realize a global picture of the greater fire service. The more firefighters that take the survey, the clearer the picture. Please be as honest as possible.

Jon Marr is a 20-year fire service veteran originally from the Rhode Island area. He currently works as a Station/Battalion Chief at a United States Air Force Base in Southern Spain. Jon has worked as a Battalion Chief with the U.S. Army Garrison Kwajalein Atoll in support of the Space and Missile Defense Command. Prior to Kwajalein, Jon spent 8 years as a Fire Captain for the Area Support Group Kuwait Fire & Emergency Services Department supporting the U.S. Army Central Command throughout Kuwait. He was also a Fire Lieutenant at Forward Operating Base Falcon in Southern Baghdad, as well as 3 years working for AMR Seattle. Jon is a certified Fire Officer IV, Fire Instructor III, Fire Inspector II, Incident Safety Officer, Haz-Mat Tech/IC, holds a Bachelors degree in Fire Administration from Waldorf College and has been an EMT for 17 years. He is currently a Graduate Student. Jon enjoys scuba diving, adventure travel, and watching his 8-year-old son see the world in wonder. Jon is a firm believer in maintaining a healthy balance of pride, tradition, and safety within the fire service.

11 Comments on Is it PTSD or Is it Something Else?