Eleven years ago, the Amarillo Fire Department was forever changed. Eleven years ago we wept, we hoped for good news, and we prayed. We prayed and hoped that the brother, who was now living on life support, would somehow return to us. The hours slowly passed, and those changes never happened. Brian Hunton fell from Amarillo Fire Department Ladder 1, on April 23, 2005, and passed away on April 25, 2005. Eleven years ago, we grieved the loss of Brian and looked for the answers to ensure this tragedy would never happen to us again.

Ladder 1 was called to a structure fire on Polk Street the evening of April 23rd; this would be Brian’s last alarm. As the truck left the station, Brian was standing up in the cab. He was getting his turnout gear and

SCBA donned; preparing (like he had done numerous times before) to arrive on-scene and be ready to go to work. As Ladder 1 made a right hand turn on to 3rd Street, the rear door opened, and Brian lost his balance. Brian fell out of the truck and struck the back of his head on the roadway. He was rushed to Northwest Texas Hospital, where he died two days later.

The day of Brian’s funeral was surreal. He was laid to rest in his hometown of Lubbock, Texas. The funeral precession was truly amazing. Motorcycles, fire apparatus, and cars lined up as far as you could see down I-27. The interstate was lined for 120 miles with on-lookers, and uniformed personnel paying their respects to this 27-year-old Firefighter, who was killed in the line of duty. In Lubbock, apparatus were fitted with black mourning shrouds and staged outside of the church. Fire, EMS, and law enforcement personnel from all over the country were there to support the Hunton family and Brian’s fire service family. The funeral service was filled with stories and tears. The bagpipes played, ladders were tip-to-tip, and our fallen brother was laid to rest with as much honor, respect and dignity that any one person could ever hope. But what would be the lasting effect of Brian’s death? Could we change? Were we even willing to change? 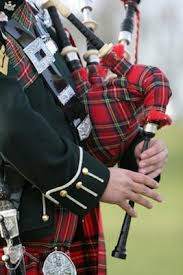 We did change. The members of the Amarillo Fire Department did not accept the old theories of “firefighting is just dangerous sometimes” or “safety makes us slow”. Instead, the members made the commitment to change their culture. We started wearing our seatbelts – ALWAYS. We began to view safety as an integral part of our processes, rather than a hurdle that we had to jump. And we started to have real discussions about how to be better; how to operate more safely and efficiently, and how to give the absolute best customer service to those we serve; while still keeping our own safety as a priority. Seatbelts were only the starting point; as we have continually accepted the cultural change necessary to improve our department and most importantly – ourselves. We have implemented new tactics such as “coordinated PPV” and “transitional attacks”. Our incident commanders put a premium on having an available Rapid Intervention Team (RIT) and increased our standard response to a structure fire from 3 trucks to 4. Riding on the outside of an apparatus is a thing of the past. We now acknowledge the hard facts about the staggeringly high firefighter cancer rates and are working toward limiting our exposure to the substances that are believed to be its cause. Some may argue that Brian’s death had little to do with these changes. But the fire service culture can be hard to change, and we have readily accepted many changes in the way we do things since Bran’s death. Many believe this event was the catalyst.

Brian’s death has also made an everlasting mark on the whole fire service. In 2006, the National Fire Academy and Dr. Burton Clark created the National Seatbelt Pledge. The story of Brian’s death has been told to nearly every student at the National Fire Academy (NFA) over the past ten years. Every NFA student is given the opportunity to sign this pledge that states, “I am making this pledge willingly; to honor Brian Hunton, my brother firefighter, because wearing seat belts is the right thing to do.” Over 150,000 firefighters nationwide, have signed this pledge that honors our brother. The signed pledge, bearing the names of the membership of the Amarillo Fire Department, proudly hangs inside AFD’s Central Fire Station today. In the early morning hours of February 1, 2008, our department was rewarded by our new-found safety culture. Engine 6 was involved in an accident that resulted in the truck rolling onto its top. All four members of that crew were wearing their seatbelts and were thus left unharmed. 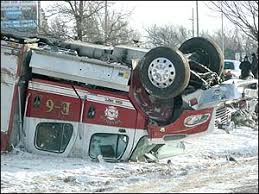