Growing up on the Gulf of Mexico with the “Whitest Beaches in the World”, I would frequent the blue-green water many times a year, to enjoy the sound of the waves. There is a calming effect to the gentle waves that would lap the sand. At times, though, the wind from the direct south would cause enough of a pressure to cause the waves to become moderate to heavy. There was tremendous power in these waves, and there again, was consistency. But at times, while standing on the shore, there would be a rogue wave, that would come farther than expected. The water line was there, in the sand, marking how far the water usually came, but these waves had their own plan.

In the fire service, we can have the tendency to get into a rut, routine, or habit that bad things will not happen to me. There have been the close calls, near misses, or however you want to call it, “That was CLOSE!”, but that happened to someone else. Just as the Gulf of Mexico lulls you into thinking it is okay to stand at this point at the edge of the waterline, the constant medical calls, MVA’s, Activated Alarms, etc. can put us into the “Comfort Zone”.

But then comes the ROGUE Wave, reaching up to a point farther than it has been pushed before, bringing more water than expected to a place that was not ready, and bringing the destruction to an unsuspecting area of the beach. So, how do you prevent rogues waves from happening? YOU CAN’T! With the dynamic, ever-changing job that we encounter, both career and volunteer, no two calls are the same. That is the appeal to most of the firefighting/emergency profession and calling.

What is to be done? The answer is more simple than you might think. Can you guess? TRAINING! Training exposes you to situations that you may incur in the field, but not all of them. This is where you become, as Mark VonAppen would say, “A Rogue”. http://www.mark-vonappen.blogspot.com/2013/12/rogues.html? Being ready for anything is more than just hands-on training. It is reading, studying, educating, developing as a leader, etc. Following sites like The Secret List (One of the most rounded websites for what our brothers and sisters throughout the world come

across that is classified as “Rogue Waves), Statter911, County Fire Tactics, Fire Engineering, Firehouse and many more. It involves networking by going to conferences, online blogs, and even social media training groups. Being proactive allows you to bring every aspect and experience into your “Slideshow”.

Though not very old (I think), I remember the slide projectors in grade school being used to show content of teaching and pictures. A good friend once compared the slide projector to our fire service training. Then Firefighter, now Battalion Chief, Brock Jester relayed the similarities by saying, “Every time you train, you make a picture. Every call you go on, you make a picture. Every class you take, you make a picture. When the time comes to need those pictures, your brain will search the contents and try to find something with similar content. If you don’t have it, what will you do? Create as many pictures as you can, for the time you need the projector to help you in your job.”
Create the pictures in your life to allow the best preparation for the time a “Rogue Wave” decides to bring an unprepared event or scenario to you in your career and Stay Safe! 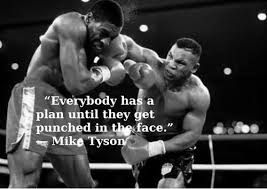