Few things are more important than the sustained culture of an organization. You see, the culture determines if an organization is thriving or just surviving. The culture indicates if the members are committed or just content. A team cannot reach its full potential with an ailing culture. And equally as true, money does not fix the problems that result from a poorly managed culture.

Recently, we conducted interviews to fill seven newly approved Firefighter/Paramedic positions. In a department our size, this is a big deal because The Colony F.D. is located in one of the fastest growing regions in the country. Just about every fire department in the area was hiring. Bigger departments with nicer rigs, better pay, and more non-fire related calls were each hiring big numbers. Since we 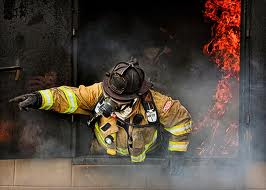 are surrounded by ISO Class 1 fire departments that have an array of attractions to lure new candidates, what were the odds that we could find seven candidates that met our standards?

As the process opened, the leadership team strategized on the best way to attract the ideal candidate and then stood by anxiously awaiting to see how T.C.F.D would fare amongst the competition. While all of the traditional employment tools were utilized, the membership took to social media with page invites to join the team. While basic, these posts portrayed the culture of T.C.F.D. As part of the hiring process, each candidate had to successfully complete two interviews to continue. In two days of interviewing the top eighteen applicants, the interview team began to notice a pattern in responses. When asked why do you want to work for The Colony Fire Department, the following answers were repeated:

Of the five most common responses to this question, all but one, are supported by the T.C.F.D. culture. The Colony Fire Department way. I am pleased to report that T.C.F.D. has offered in NFL draft fashion, conditional offers to seven outstanding Firefighter/Paramedics that represent the core values of The Colony Fire Department. In his book, ‘Cracking Your Church’s Culture Code’, Samuel Chand explains the importance of culture. “Culture – not vision or strategy – is the most powerful factor in any organization”, he writes, yet with all of the chief officer training programs out there, few offer training on effective culture management. T.C.F.D. recognizes the value of a

healthy culture and the importance of managing it daily. With zero turnover, other than retirements in the last six years, 63 applicants for Firefighter/Paramedic, and 68 applicants for Battalion Chief, culture management seems to be paying off. Additionally, members are increasingly involved in special projects, mentoring, and new hire indoctrination. Each is the direct result of a chosen culture. The intention of this article is not to tell others what to do.

Because I am passionate about the fire service and surrounded by an amazing team, I feel an obligation to share successes as well as lessons learned. As part of this team, I am obligated to pass along anything that which may have value, if only for one person. So I offer up the following questions and observations for consideration.

As one of our Battalion Chiefs puts it, “give me a set of irons and a water can and let me go to work.” While not literal, this symbolizes the simple, committed and traditional spirit of being a firemen…a problem solver. As a fire service leader, you have two choices. You can choose a sustainable culture and thrive, or you can take the culture that develops by chance and make the best of it. It’s the difference between being good and being lucky. But most importantly, be honest. The next time a member resigns or the candidate pool is low, don’t be so quick to write it off as they are seeking higher pay or a bigger department, the usual rationalizations. Ask yourself, are you managing a culture that supports and retains the people that you want to belong to your family? Don’t neglect the culture, not even for one day.

I will be rolling out a leadership program on culture management called Coaching The Culture for those leaders interested in taking their organization to the next level. My hope is to fill a gap in the chief officer development process.

6 Comments on Don’t Neglect The Culture