Let me start this off with a small disclaimer: Not to offend anyone from the start i will state that my views are of my own and that we as a fire service should have the same view on the issues described below.

So, with that being said let us get to the cold hard reality of everything. We as a fire service are working with less then minimal staffing levels for all types of emergencies. But have we really settled or start scraping the bottom of the barrel when it comes to who we allow to protect our community and represent our departments in the eyes of the tax paying public?

All of us, as a fire service, both volunteer and career, see the lack of membership in the volunteer service. But why are we letting drug users or people with criminal records into one of the most trusted jobs in the world?

Better yet, why are we letting people get away with “the minimal standard”. When you look at training, the minimal standard is a foundation of which you build on. But what if you never build on it? Guess what?  You die, plain and simple. The fire service is changing daily with new tactics and new technological advancements. Fire burns faster, hotter and with more force then it ever has. So why is the minimal standard accepted? 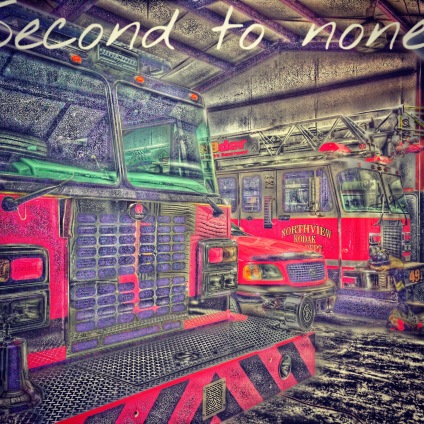 I’ll tell you why, in my opinion, the fact that officers and chief officers allow the minimal standard in all aspects of the fire service. If there was an issue 20 years ago that needed to be dealt with, it was handled right then and there. No sugar coating it or beating around the bush or hoping that issue just stopped on its own. Now days we have too many people that wanna just be a friend and not lead their membership into the right direction. Now if I’m wrong I’m wrong. But i know many officers that do these things and it leads to bigger issues down the road. So why don’t we fix it? Why let it fester and not only kill morale or the image of the department? So with that, lets look into  why that person becomes a an officer? Was it to become a leader and lead his or her membership to one day take his or her job? Maybe it was for their ego and the simple fact that they can do what they want and have a nice white shirt and a title. Because that’s all it really is if you don’t lead your membership right?

Now you may ask why all of this? After seeing what people have deemed acceptable to post on the world wide web of their time in the fire service  or about them selves I’ve wondered why are these people in the fire service? But most of all why do they think it is okay to disrespect the service I and many more love?  Many are thinking, well how are they disrespecting it? Lets start with a lack of pride in both appearance and professionalism or living on the traditions that we as a service were founded on. Not learning from our brothers that made the ultimate sacrifice. We should be honoring them every time we get the chance by either training or remembering them. Why let our brothers pass away in vain?

Now that I’ve more then likely upset a few people i want to target those that go out of the way to better the fire service. Those that come into the fire house clean neat and in uniform with boots shined and matching. The guys that come in a get right to truck checks and start washing the rig before they are told to by the Captain or Chief. The ones that go to training classes or at least train on what they know so that they can better the craft. You men and women are the ones that make station pride what it is all about. If you are sitting here at this point still reading this then please take note because i was once like you. I thought that i did it all right and had the right mindset. Till some one came along and told me what i could be doing and what i should be doing that my friends was a leader. He never let me fail he never let me accept the minimal standard; He held me to a higher standard then most and still does even if we are both ranking officer together now.

The moral to this rant is to get you brothers and sisters fired up. Get you ready to accept nothing but all out effort and professional attitudes. As always remember that there is no place for unprofessional people and mediocrity in the fire service. Those that want better in your department set the standard in which you wish to have. If you live it and do it and not just preach it people will start to follow suit!

Riley Amoriello is a 7 year student of the fire service. Riley works for a urban/rural fire department in which he holds the current rank Lieutenant and Emergency Medical Responder. Riley Started the fire academy in 2010 were he graduated most improved recruit. Riley Strives to better himself so that he can become a better mentor in the fire service. In early 2015 Riley became a father to his first child this life changing moment showed him how much family means in the fire service. It was Rileys Goal in 2013 when he started the very small facebook page station pride to give brothers and sister a place to show that pride and tradition was alive and well in the fire service.

2 Comments on Not Accepting Mediocrity