Fire Departments have always had difficulty proving their worth. With long periods of down time and a struggle to find a purpose, some career fire departments actually jockey for justification to remain a paid service.

Let’s face it, the daily value of a fire department is difficult to express. Fire Department’s don’t exactly produce anything. Their labor isn’t seen or felt by all. Some people live out their entire lives without ever calling 911 or needing the fire department. They pay for it but never benefit from it.

For example, with a municipal public works department, we all feel the potholes, loss in water service and with a utility we all experience and are effected by the power outage. If the garbage collection skips your town for a month everyone feels it and smells it. Likewise, the police department brings in some of its own funding through traffic tickets, drug busts, and parking fines.

Each of these municipal departments produces work that is felt by everyone in the community. These people don’t sit around waiting. Fire departments generally soak up city budget faster than snow removal costs in w 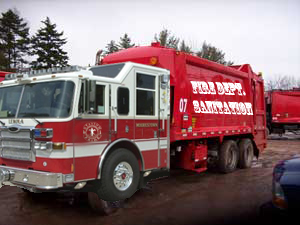 inter.  To counter the problem, Fire departments around the country have striven to justify their budgets by re-purposing themselves to all-hazards response such as, EMS, hazardous materials, various forms of rescue and so forth.

One city in Indiana has found a further solution to their budget woes. The small, history rich City of Delphi, Indiana has tasked it’s career firefighters with morning garbage collection. Sanitation Workers are the unsung heroes of every civilization. Without them we’d live in filth. Having Firefighters pull double duty as Sanitation collection workers was an idea that sprung from a recent contract negotiation failure with the city’s current, now past sanitation company.

City Mayor Henry Robinson was faced with having to cut the fire department’s budget nearly in half while laying off almost 2/3’s of their career firefighting staff. That’s when the idea came to him. Mayor Robinson is quoted as saying “In an effort to give the fire department a purpose we have tasked the Delphi Fire Department Firefighters with morning garbage collection. This decision is met with reluctance by fire department leadership but will ensure the sanctity of fire department jobs for years to come.”

This outrageous re-purpose of an organized fire department is a slap in the face to all professional firefighters. Although, the Mayor’s logic may be sound, his decision is highly unorthodox. This idea is set to balance the Delphi city budget within a year. They are purportedly set to save taxpayers roughly $1 million a 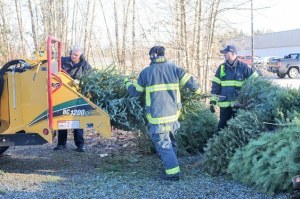 Fire Chief Sam Milroy stated “We are not entirely excited about this new tasking, but I understand the Mayor’s position and applaud him for finding a reasonable solution to ensure the employment of our firefighters.” It should be mentioned that the Fire Chief has received a 10% pay raise while the firefighters have lost their 401K matching. 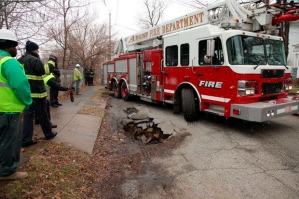 This decision from Mayor Robinson is echoing throughout the State as other Indiana city leaders begin toying with the idea of tasking city work out to it’s firefighters. The city of Avon, Indiana is currently utilizing firefighters to accomplish city landscaping work as well as pothole/road repair and Christmas tree chipping service following the winter months. Where will this stop?

A source inside the Delphi Mayor’s office has said that the Mayor sees the fire department as an expensive insurance policy that he’d like to see provide a valuable service to the community on a daily basis, not just every once in a while. Instead of cooking breakfast and watching TV, Firefighters can do something productive with their time. They’ll be available to break away from trash collection to run emergencies. When the emergency is over they can return to their sanitation duties.

This is almost an outrageous thought process.

The flood gates have opened and this idea will spread unless we stand against it. 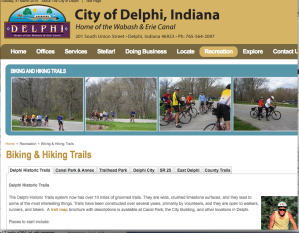 Indiana is going through the ringer right now for it’s legislation issues but even with Delphi’s bizarre fire department re-purposing it’s still a wonderful place to visit for hiking, golfing, and experiencing the Wabash and Erie Canal Park. It truly is a wonderful small American town with a fire department full of pride and hopefully…good sports.