Mother’s Day is right around the corner, so it only seems fitting that I should write about women in today’s fire service. I don’t know about you, but I can’t advise messing with someone who can both endure childbirth and swing a halligan. Cheese, light-hearted humor, mild controversy, and hard truths are all present and accounted for in my bag of writing tricks this morning. Let’s begin… 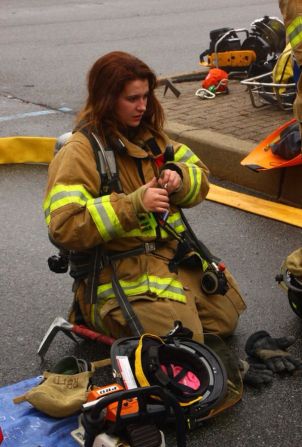 You walk through the front door of your local fire department on your first day on the job. You’ve dreamt of this very moment since your dad took you to see ‘Ladder 49’ as a little girl. The bay smells like diesel exhaust and various cleaning products, and the dining area smells of coffee and fresh kitchen table BS. Yes, this is exactly what you had hoped it would be like. A crisp blue uniform and black boots with nary a scuff or blood borne pathogen to be found on them.

You went to fire school and raised ladders, humped hose, slayed simulated dragons and dragged rescue dummies (some dummies even had pulses). You attended EMT classes and had your Hollywood expectations of life-saving heroics demolished, just like all that came before you. You’ve waded through interviews, physicals, psych evals and polygraphs to earn a chance here.

Your dad gave you parting advice as you left this morning; “You’re the new guy. Be seen and not heard, always be the last to eat and the first to wash dishes. Pay attention to your LT. Love you.” Some of the guys seem distant this morning, others, jovial. The coffee must not have kicked in yet.

Your gear is issued, and you get to work.

Fast forward to one month in; You’re growing as a firefighter. The things you learned in class are finally starting to make more (or less) sense, but you still feel out-of-place. ‘Maybe it’s me,’ you’ve asked yourself once or twice. Most of your new coworkers are genuinely good guys, but a select few either treat you like a fragile porcelain doll or a hindrance that they must bear the weight of for 24 hours.

You’re becoming increasingly agitated by romantic advances from co-workers and have even heard rumors swirling about your involvement with several of the guys from other shifts. True or not, why is this news any of their concern? 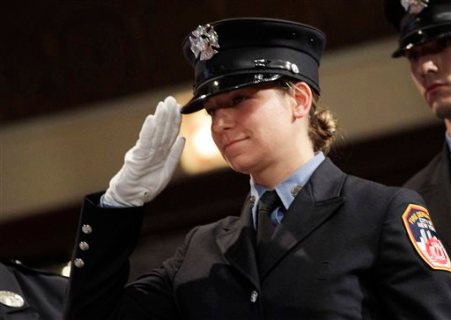 There have been grumblings from out of shape firemen about your physical ability to do this job. Despite passing all of the physical requirements and being able to stretch an SCBA cylinder to its very limits, you still catch shit from a guy that perspires at the mere mention of physical exertion.

‘So, don’t weigh 300lbs,’ you think to yourself. A lack of dietary self-control on his part has somehow morphed into a negative remark about you. Is this guy for real?

There are plenty of other whispered criticisms; she’s a distraction, some jobs are better left to the men, she only got hired to boost diversity numbers, etc.

This isn’t what it was supposed to be like.

Why do you feel like an outsider, the constant third wheel of the firehouse?

You were told this would be the beginning of the best years of your life, working alongside people who will become like family to you. If any of this was indeed true, you are off to a slow start…

Sparing my dramatic liberties, this is what the fire service might look like to your female coworkers. Hopefully, the overwhelming majority of women reading this are scratching their heads, having never encountered this kind of issue at work. I sincerely wish for that, that all of this was simply make-believe. Unfortunately, we know that more than a few will relate quite well. On a more somber related note, a female firefighter recently committed suicide. Her actions are believed to have been sparked, at least in part, by workplace harassment. She was the topic of crude online comments, rumors, and stories. The information that was uncovered during the investigation will leave an ugly scar on the department forever, regardless of its role in her choice. Suicides rates are statistically higher in public service careers; this is not disputed. Did her “brothers” throw gasoline on a fire that was already burning hot enough on its own? Given this knowledge, any excuse you might have for the kind of treatment faced by our fictional firefighter described at the outset of this discussion is a bad one. Don’t be an ass.

How long has this gone on? I don’t know. Probably since the first woman picked up her first ax on her first horse-drawn, steam-powered fire engine.

The first known female firefighter in the United States was Molly Williams (per i-women.com Terese M. Floren 2007), a New York City slave who became a firefighter with Oceanus Engine Co. #11 in 1815. The first paid urban career female firefighter in the United States? Sarah Forcier in Winston-Salem, North Carolina in 1973. Women have been “Doin’ it” in the US of A for over 200 years, but it is still news when “insert name here,” Texas Fire Department hires their first female employee. 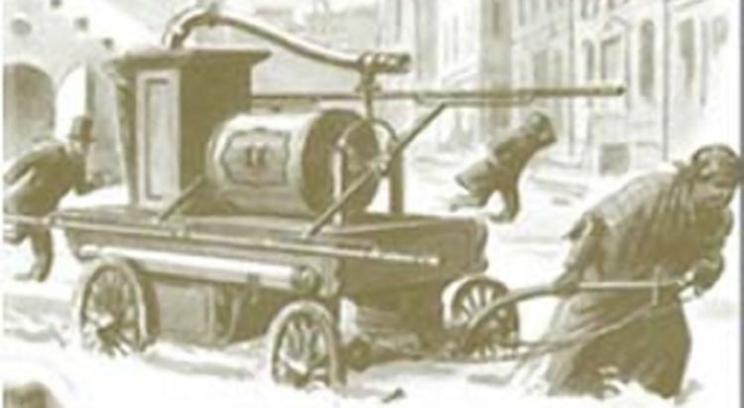 The reason is clear; this has been a boy’s club for generation after generation, and some opponents of change are being dragged into 2017 kicking and screaming. We all have worked with, met or know of one of these guys. Don’t play dumb. Hell, maybe you are that guy.

Ask yourself what your department looks like through the eyes of your female co-workers and their families. Why stop there? These same arguments can be made by anyone that feels disenfranchised by public service. The topic may be Mother’s Day-themed, but the message is about common decency.

So, is your department or shift one that makes them go home and tell their families about the great group of brothers they work with, or one that makes them go home and question their career choices? I have a wife. I claim sisters of the blood, marital and fire service variety. I have a mother, aunts, grandmothers. I have a daughter (love you, kid, if you’re reading this someday). If they were to follow me to work one day, would they approve of the way I treat my sisters in service? I like to think they would. Would yours? 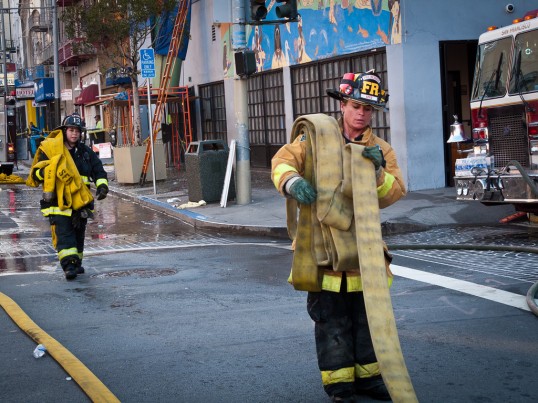 There’s a fine line to be considered here. The line between making someone feel like a welcome member of the department, and treating someone differently in a way that makes them feel like an outsider. The line between innocent fun and downright bullying, between including them in questionable (see; fun) antics and being overprotective. If you must ask yourself if your department falls over the line, it’s probably time to change the culture of your department. The women I have met doing this job have no interest in special treatment or coddling. In fact, nearly all just want to be “one of the crew.” Nothing more, certainly nothing less. Many of them may not even like that I am writing this piece because in perhaps the very truest of firefighter fashions they don’t want to draw attention to themselves.

“I’m not changing the culture of my department, there’s no reason. They joined us, we didn’t join them.”

In the words of Maya Angelou; “if you don’t like something, change it. If you can’t change it, change your attitude.”

Folks, the time has come to change some attitudes. To provide a pleasant nudge in the right direction, here are a few guidelines to aid in your future decision-making processes. These guidelines can apply to almost all of life’s situations, I have found.

-If it would be embarrassing to have your family overhear you speak that way about someone, don’t speak it.

-If it feels wrong, it probably is.

-Always assume your mother is creeping just over your shoulder, ready to pounce and twist your ear while dragging you off-screen (using your FULL NAME, of course).

-It is possible to be both a brother and a gentleman.

-You don’t get to decide what should and should not be hurtful, offensive, or irritating to another. This is a tough concept for many to grasp. 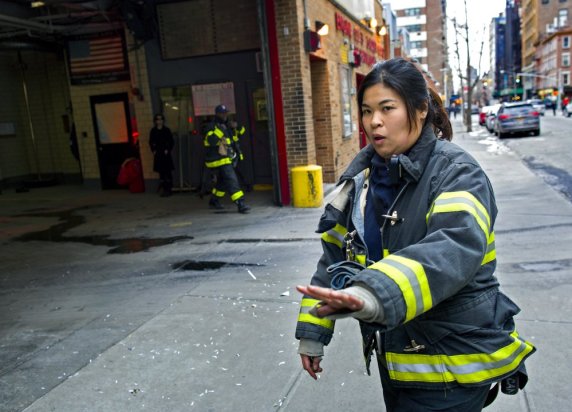 To bring it all home, let’s talk about how this affects me because that’s what’s really important here, right?

It’s a hurdle I’ll never have to worry about jumping, so why even drag it out and open myself to (mostly) good-natured heat? What, if anything, do I stand to profit?

I have skin in the game. I’ll explain;

Someday, my daughter may decide to follow in my footsteps. I genuinely hope that she inherits her mother’s brains and grows up to become a rocket scientist, but I won’t stand in her way. I do worry about what kind of legacy we might be leaving behind for her and others; it doesn’t seem fair that she should have to inherit our messes. “Painful” might not be a strong enough word to describe how it would feel to watch one of my children struggle against antiquated typecasting that I had a hand in cultivating, whether by indifference or otherwise. Lastly, my daughter will inevitably run into coworkers of mine, both past and current, if she decides to enter public service. What might they have to share about me, what kinds of stories do I want to be told about me to my offspring? Will they reinforce her (hopefully) cherished memories of Firefighter Dad, protector, and friend, or will they tarnish them?

Will she be forced to question which man was the real me, “Work Dad” or “Home Dad?”

Yours is up to you. 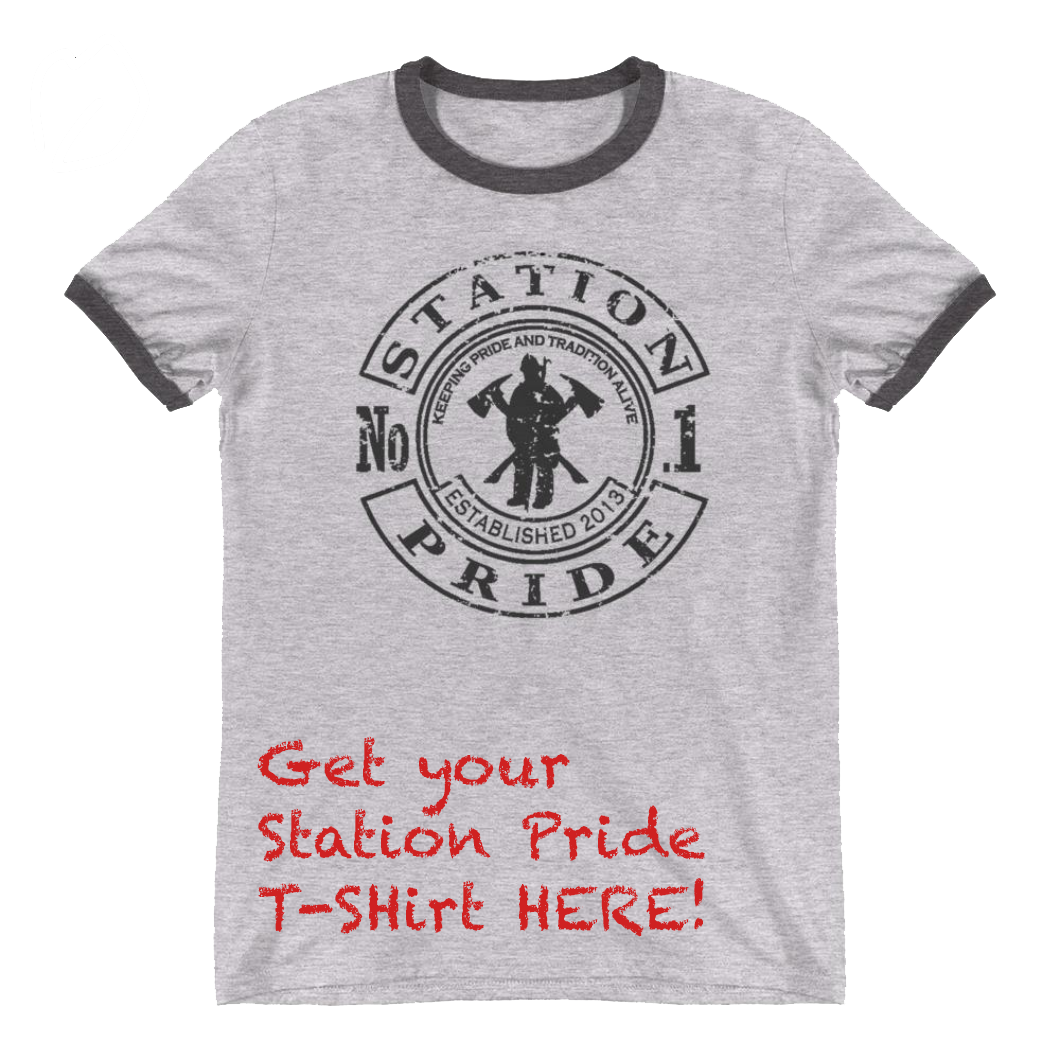