Tomorrow morning, January 5th 2016, a born and raised Texan Paramedic will retire from EMS. Becoming a part-time or speciality paramedic might be in his future, but for now, he will be retired.

This guy has worked his shift and covered other shifts. He took the ambulmace home and parked it in his driveway as that was the way it was done back then. He awoke in the middle of the night, multiple times a night, to respond to 911 calls. He’s laid in ditches with your

family members. He’s laid in the summer heated streets on his belly to comfort a child hit by a car. He’s been there when a child was rescued from a storm drain. He’s helped your family member after they’ve had a seizure. He has driven millions of miles in the front seat of an ambulance. He’s crawled into ditches after a tornado to rescue men covered by debris. He’s hugged family members of victims that didn’t survive. He’s carried and “worked” kids that he knew didn’t stand a chance. It’s impossible to count how many people he has touched in his career. A career that spanned for 37 years.

He has created an educational program from scratch as an advanced coordinator and instructor. He taught many EMT-Basic, Intermediate, and Paramedic classes in his years.

Did he change the field of medicine? No.

Has he done anything that thousands and thousands of other paramedics, emts and firemen do day-in and day-out around the world? No.

What he has done is this job, is remain unwavering, passionate and kept the drive that a lot of people will never have nor see.

He is a Paramedic. A street medic. In my eyes, he is the best Paramedic I have ever seen work the field, (no discredit at all to any of the other EMTs and Paramedics I’ve worked with). You see…this guy I’m talking about is my dad. He’s 63 years old, and he began a career of helping people in 1979.

Tomorrow he will retire. He will hang up his stethoscope (that he never wore because he believes that everything he needs is in the ambulance and doesn’t need it around his neck haha).

Good luck dad. The service of EMS needs more guys that can do this job and see these things for 30+ years. 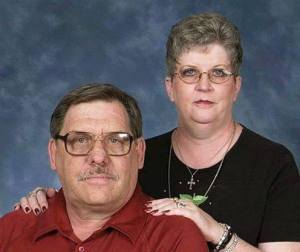 James's great grandfather was a career Firefighter, his grandfather was a firefighter, making his way to fire chief in his home town and taught at Texas A&M fire school for 50 + years. James’s grandfather on his dad’s side was a naval firefighter in the Navy Seabees, James’s father has been a paramedic since 1979, and his mother’s a nurse also. James himself is a career Captain / EMT-I in northwest Texas, and has been in the fire service since Aug/2005. James loves teaching as much as learning the craft.