When people think about the term 1%er (one percent-er) they usually think it’s something negative. The 1% is often thought of as outlaws and law breakers. In the fire service I would say the 1% is a good thing.

To me, the 1%er is a Firefighter, Engineer or Captain who is all-in and does the right thing even when it’s not the popular thing. The 1%er is the person who has pride, honor and integrity. 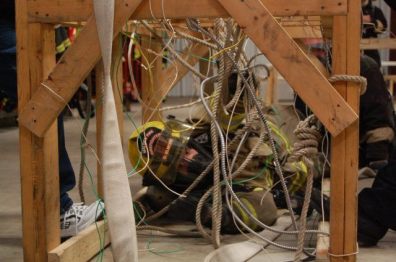 When the economy was good, fire departments would send personnel to classes on the department dime in hopes they would return and pass on the knowledge learned. With the economic decline and with decreased budgets that type of training funding has stopped. So with more firefighters having to foot-the-bill for additional training from outside the department there has been a major backslide in people taking classes, except for one group, the 1%er’s. This is the group that will go out and take classes to better themselves, their crew and their department. The 1%er’s are often looked down on, made fun of and even harassed sometimes. Does this happen because the non 1%er’s or the 99% are jealous? Do they just not get it?  If it’s because they don’t get it, then it’s our responsibility to make sure they do get it and pass on the passion. If they are jealous, then hopefully someday they will step up and join us.

I have attended and instructed a lot of classes and it never fails that at least once during the class I will hear, “well my department made me come” or “I don’t want to be here but the department said I had to come”. These people are 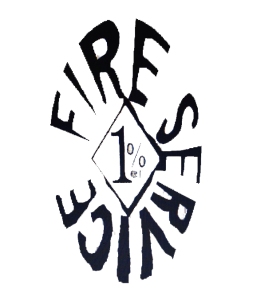 not part of the 1%, they are the exact opposite. These are the ones who will harass you for taking a nozzle/hose class, tech rescue class, a forcible entry class, etc. These are also the ones who will ask, “do I get a cert from the class” and if the answer is no then their response is “I am not going if I don’t get a cert”. These are the individuals that I call the certification firefighter. Now don’t get me wrong, certifications are important and needed in the fire service but if you are not willing to take a non-cert class to help better yourself, your crew, and department then maybe you should reevaluate your profession. Is it always easy to spend your own hard earned money to get out there and learn, no it’s not, but, you never know when you’ll learn a skill that could make all the difference.

The 1%er is all about pride, honor and integrity. I am sure this article will stir some discussion both good and bad, and hopefully everyone who reads this will take a look at themselves and evaluate if they are a 1%er or not. If you are a 1%er then keep doing what you are doing it will make a difference and if you are not then please don’t criticize those who are.

Jason is a 2nd generation firefighter who was born in Springfield, Ohio. Jason is an eighteen-year fire service veteran currently working as a career Engineer for the Jackson Rancheria Fire Department in California. Prior to his current position Jason, served as a reserve firefighter with French Camp Fire Department ultimately leaving there as a career Lieutenant. Jason is a California State Fire Marshal Instructor and regularly teaches auto extrication, confined-space, EVOC & basic pump operations, forcible entry, VES and ventilation He also instructs at a local fire academy. Jason is just shy of his CSFM company officer. His certifications include: FF1, FF2, Driver Operator, Engine Boss, Low Angle Rescue, Trench Rescue, ICS 200, ICS300, Training Instructor, Auto X, Haz-Mat FRO, Fire Management, Pro Board FF1 & Pro Board FF2. Jason has been married to his best friend for 13 years and they have 3 great kids (2 boys & 1 girl). He is an avid collector of leather helmets and Halligan Tools. Jason is happy to be a part of the Station Pride family. “Just like crops, you must cultivate your training if you want it to grow!” Pride, Honor & Integrity. EGH-RFB-KTF-EBGH-FTM

5 Comments on The Fire Service 1%